So for some reason, nosupportlinuxhosting removed /usr/bin/rsync from my web host on 27 Feb. I thought about emailing them but… they do advertise how they ignore support questions.

I have a workaround anyway. This is how I backed up my site at a previous hosting company that didn’t provide rsync. It’s not quite as good but it’s a lot better than just downloading everything all the time. END_OF_DOCUMENT_TOKEN_TO_BE_REPLACED

How to shuffle an iTunes 11 playlist (using AppleScript)


iTunes 11 removed a feature I used quite a bit, the ability to shuffle a playlist.

No, I don’t mean playing the songs in a random order, I mean changing the unsorted order of the songs in the playlist.

Today, this annoyance finally got the better of me so I searched for a solution. END_OF_DOCUMENT_TOKEN_TO_BE_REPLACED


As previously noted, I have a Buffalo WZR-HP-G300NH. However, problems with the router led me to ditch DD-WRT in favour of OpenWRT. The last time I looked at OpenWRT it was all command-line only and hard to get setup but it’s improved a lot in the intervening years such that it’s now as easy to drive as DD-WRT is, at least for the simple stuff. It doesn’t come with the kitchen sink as standard but there’s a million packages that can be added easily. For example, the QoS stuff in DD-WRT can be found in OpenWRT but only after you install a package. END_OF_DOCUMENT_TOKEN_TO_BE_REPLACED


Oh wow. I’ve been searching for this game for so long.

May I present, an enigma from my childhood, Worlds Without Words. 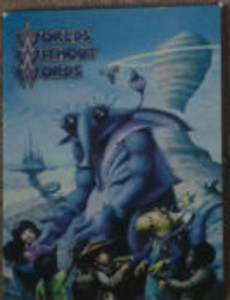 The game was made by 4Mation for the BBC Micro. We had the 3.5-inch floppy version.

This shot of the box comes from a closed ebay auction. I could have got this game for only a pound! Bummer 🙁

I remember a whole bunch of mini-games. Things like building a robot that could get through a course. 3 heads, 3 bodies, 3 “feet” but only 1 combination can get through the course. There were sliding block puzzles, walking around a city, building a rocket, connecting pipes. Too bad my memories are all extremely old and unreliable.

Sadly, this game lived before the internet and it is virtually impossible to find anything on it now. Maybe one day…


My iPod Mini’s battery is once again dying (it’s been replaced once already). I can replace it again or switch over to a newer iPod Nano (3G) we have hanging around. I’ve been trying out the iPod Nano to see how well it works as a replacement. END_OF_DOCUMENT_TOKEN_TO_BE_REPLACED


So the bad news is you can’t just download the Quassel binaries for Mac if you’re running 10.6 🙁

The good news is that since I had to download the source code and build it, I was able to turn off stupid things like link previews and fix the longstanding initial-size bug that’s been annoying me for ages. END_OF_DOCUMENT_TOKEN_TO_BE_REPLACED

Bandwidth throttling for the win


I have a problem. My internet connection is slow. It’s not too bad for light use but downloading anything more than a few megs means waiting. Worse, while I wait for the download to complete, everything else is slow.

Some years ago, someone came up with a great script called The Wondershaper. Of course, it’s Linux only and to be most effective, you need to run it on your gateway/router box. I did try running it on my Linux box but it slowed down LAN traffic too. I tried to come up with a Mac version but all I could get was a simplistic version that again, slowed down LAN traffic. So I really needed to get it running on my router. END_OF_DOCUMENT_TOKEN_TO_BE_REPLACED

How to backup and restore your nosupportlinuxhosting site


The good folks over at nosupportlinuxhosting run a nice operation. I appreciate that I’m only paying for what I need, rather than for support people to answer stupid questions. What they do make clear is that they don’t do site backups for you. The thing is though, you can never really trust your hosting company to keep a reliable backup of your site, as I found out at my last hosting company.

So in the interest of helping you keep a good backup that you can restore in the event of site problems, I’m sharing the scripts I use to keep my site backed up. END_OF_DOCUMENT_TOKEN_TO_BE_REPLACED